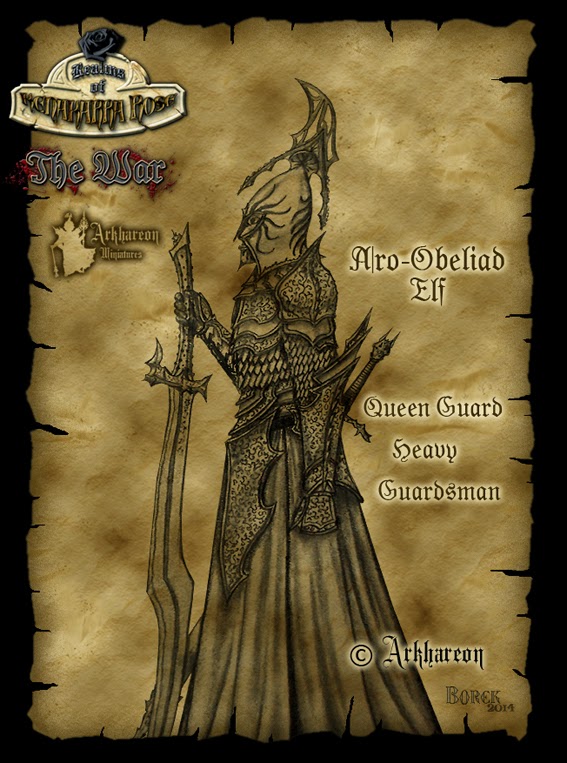 One of three lines, which was defined by Elves when all Creators left. These Elves fell down very seriously in their ennoblement. During the  war for Kenakarra Rose they were called The Bloody Elves. They were very strong conquerors. Only the Alberians were able and strong enough to stop them and almost two years before The great war for Kenakarra Rose began they were victorious in many great battles. The Bloody Elves had to sign the peace agreement and to pay reparations for war damages. Although these conditions were not extremly hard, The Bloody Elves were very humble do to their rout. All nations of Illada had to agree that becomes new age of people and their all times of magnificence is away. The Alberian people empire was strong, powerful, it had great and unique culture and army. It was gold age of this empire. And their treatment and communication with their defeated enemies told the rest of the world that nobility is not only the privilege of  race. And The Alberians became a real noble human nation.And it was the reason why The Bloody Elves were in rage more and more.

When The great War by The Battle of Rosteyhirn began, The Dark King Sor-Ran won (more informations about Sor-Ran later), the first war partnership contracts were written and the base of The Red Alliance was created. There were also Alberian people with Farseas together in this Red Alliance and they were very active members of it and it looked like The Bloody Elves would like to fight on the side of the darkness. Queen Nighar was really thinking about this possibility for a short time. But she was clever enough to say no and so The Bloody Elves were neutral in the beginning they said no to Sor-Ran partnership too, but as they were attacked by Mountains Orcs and  Dwarfs, they suggested to come into The Red Alliance against The Darkness.

Posted by Arkhareon in 3:33 pm