We bring to you the fifth WIP actualization of the Guiulthan Mage figurine sculpting. This time our sculptor focused on the pedestal and he started to create body of the Alberian empire dead warrior.

Powerful Alberian empire, one of the main initiators of the Red Alliance fighting against the Darkness creation was attacked by the huge army of the Dark sorcerer Aganork at the end of the first year of the Dark War. This army had almost 150 000 warriors. Aganork and his army advanced quickly and brutally and soon they arrived at Argianor (main city) and they have besieged it. The Alberians defend their city and king kastle.Dark Sorcerer Aganork with a part of his army stopped to attack Argianor and left this area away because of the one important event he could not ignore. But in front of the city walls he left quite strong army with almost 100 000 soldiers. The Alberians tried to realize counter attack to stop their enemies, but this swipe was a real disaster for them. They were defeated and there were thousands of dead bodies of Argianor defenders all around the walls, on the green plains and on the rocky highlands nearby. Especially near the Temple of Sun God called Il – Kan. This temple stood within the walls in the centre of the hardest fight – so hundreds of the dead Alberians stood right here. One day after these tragic events help has arrived. The strong Red Alliance Army including the Barbarians of Arnakesh have arrived and attacked the enemies and together with people of Argianor defeated the Army of Darkness and induced this army to escape. The hardest fights took their place nearby the Temple of Sun God again, where the King of Barbarians of Arnakesh fought with the Master of the Guiulthian Undeads.

The figure you can see at the feet of Mage is the dead Alberian soldier from the last swipe.  We are preparing the figurine of the King and also the figurine of the Master of Guiulthian Undeads who rides terrible zombie beast. You can meet him soon in our WIP news. 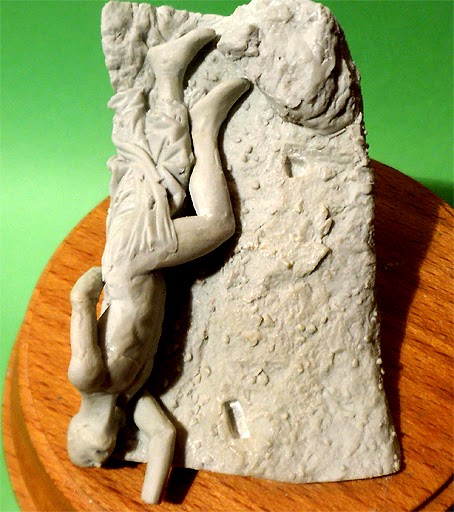 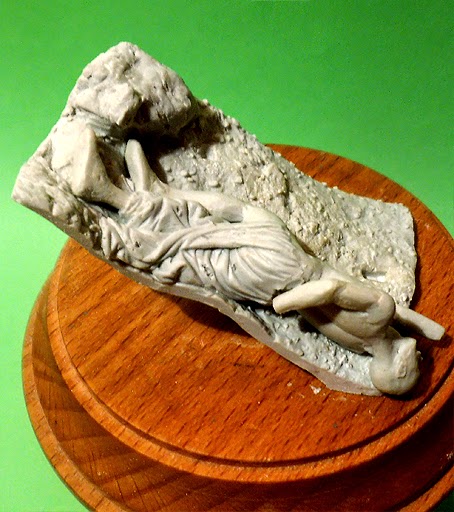 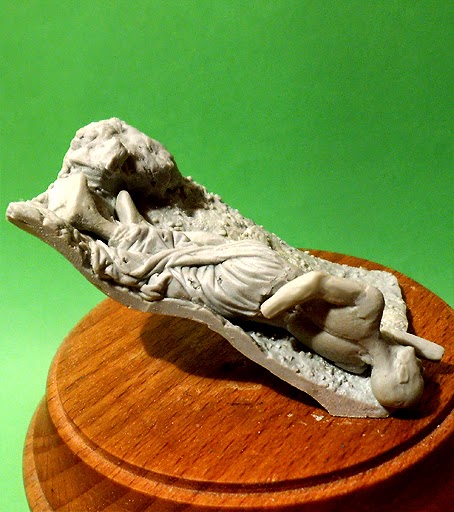 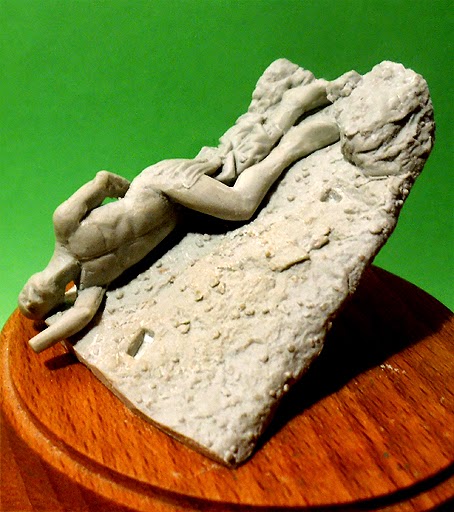 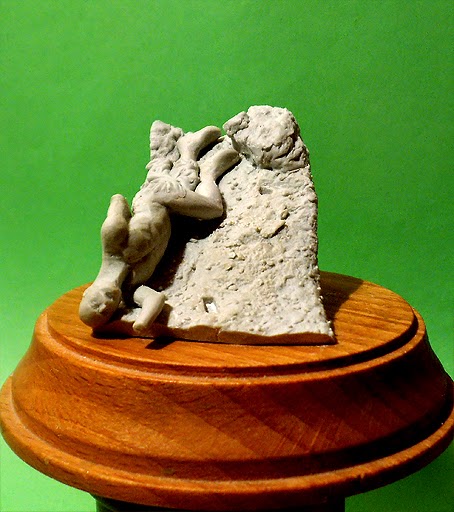 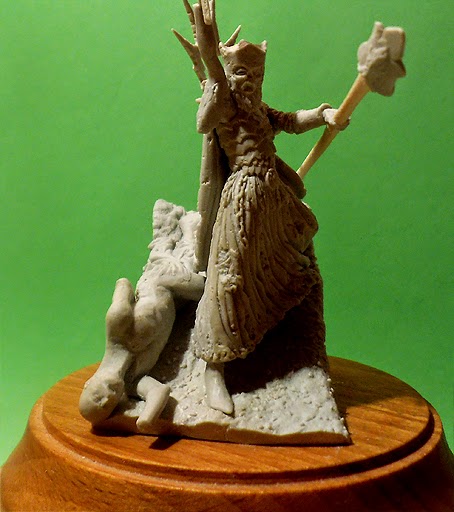 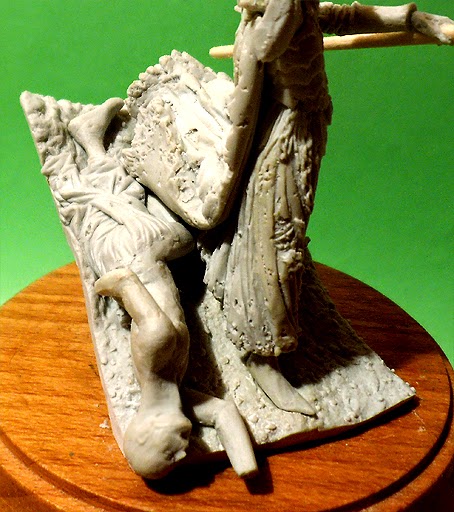 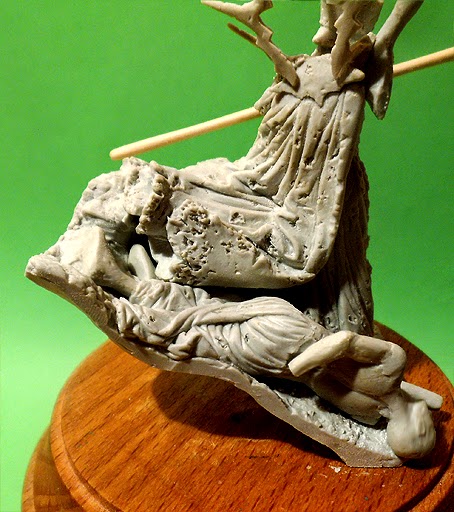 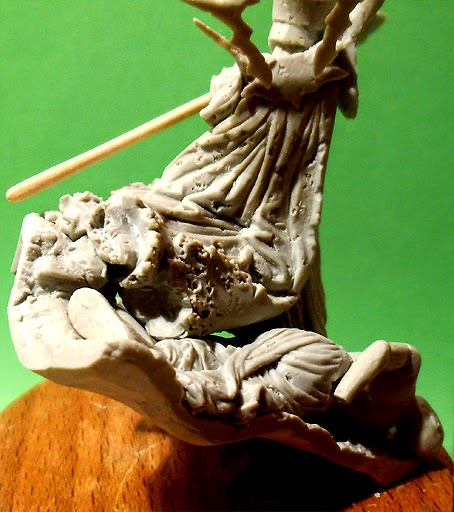 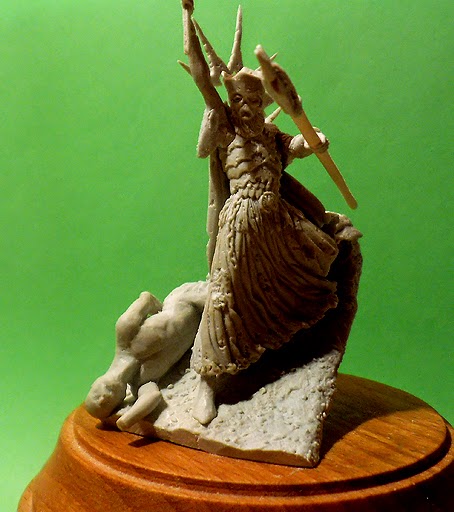 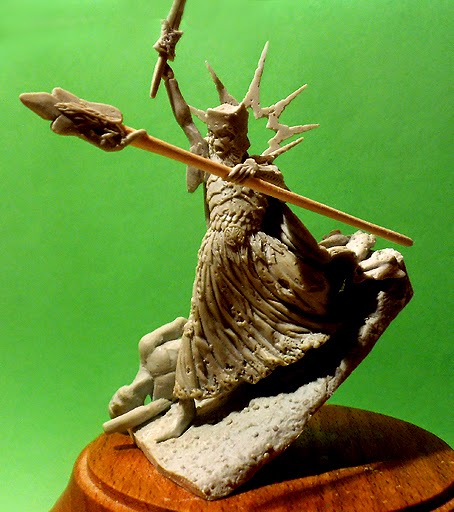 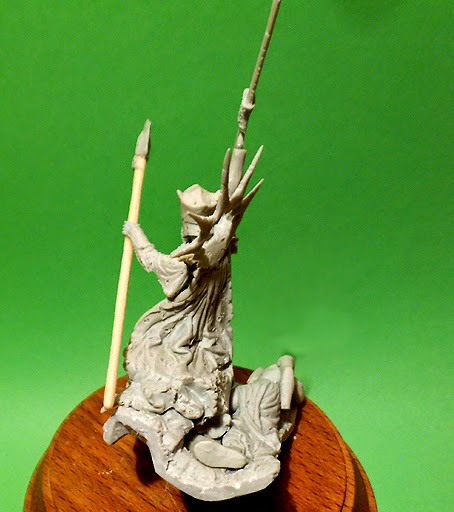 Posted by Arkhareon in 5:26 pm