As the first one we are bringing you 54mm vignette which shows clash between the Queen of the Aro-Obeliad Elves and Grashar, leader of the Orcs on Rchatt beast.

But this project is not the only one we are going to bring you during our first Crowdfunding campaign. We are preparing another wonderful miniatures and we believe that everyone can enjoy them. 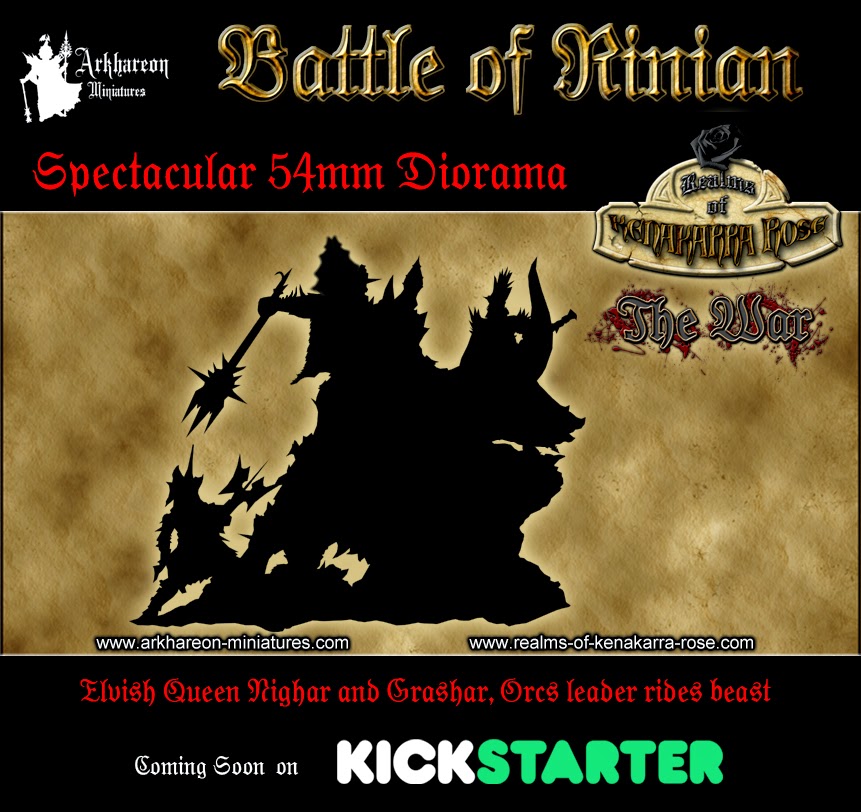 In the third month of the war for Kenakarra Rose in front of the Rinian mountains, small rocky mountains on the territory of Aro-Obeliad Elves empire, great battle took its place. The Orcs, Krobarosian dwarfs and Soranian elite warriors were defeated Elves.

And next time: The Battle Participants I