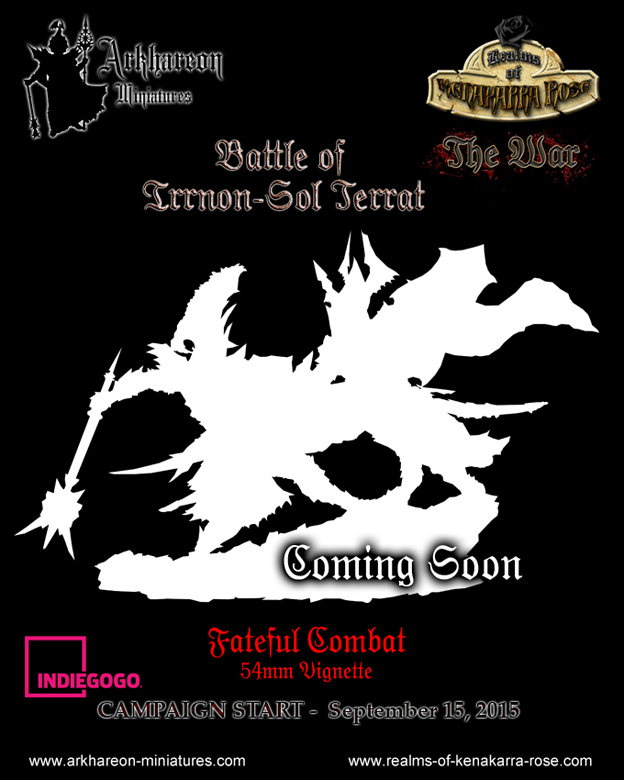 Many songs and poems have been written about this legendary fight. The duel, which could stop every fight all around the land, because the focus of every warrior was concentrated on this event. One of the three Argerrians, who survived, brought the news about this huge duel to his people. The story about the death of their hero Gartenian and general Faertenien too, became the tool of propaganda for the next Kworgs campaign and the power of the Argerra Kworgs revenge, which, as you suspect, did not come true and died with the king of Argerra in the huge and scary battle of Kurchitar.

Gartenian was a great warrior and champion.All the Kworgs knew his deeds very well. His reputation extended far beyond the boundaries of the Argerra. Also the Farseas, the Elves, the people and another nations showed respect to his name.

Rantgrain, his enemy in this duel, was also very famous warrior with the negative reputation. He was especially the assassin and the spy, who killed many famous warriors in many battles. He used all the possible tools to meet his mission.

Both men met once already It was seventy years ago before the Irrnon-Sol Terrat events. Those days, at the battle of Astirinaian pillars, Rantgrain killed the commander of argerrian army, Aroentan, to meet at the end with Gartenian, who became the new commander of the army and wanted to revenge the death of his general. But that fight ended inconclusively, as the whole battle too.

It was the fate, by Irrnon - Sol Terrat they met together again. But this time, Gartenian fought his last fight. And our last vignette shows just this duel.

Posted by Arkhareon in 7:48 pm