Due to the unforeseen circumstances, connected with our possibilities to use   the Kickstarter base for such a large project and  that we could not assume, we decided to postpone The Battle of Rinian Project  on October 2015.

It is just the one and only change now. During our pre-campaign, we are going to bring you all informations as we promised.

On the 25 th (corrected) of June 2015 we will bring you a smaller project to introduce our models and our world to you.

We will have more time to bring you more informations, concepts and wip photos due to this large project - The Battle of Rinian - shift.

The pre-campaign for both of these projects will be implemented at the same time. Also new web sites for our new project are  created. You can find their menu under this blog – (under the Battle of Rinian  project web sites menu).

Finally, the concept of our project is done and during a few following days we can run our pre-campaign on various forums and blogs too.

Dear fans, thank you very much for all your visits of our blog! We are sorry for these changes and we would like to invite you to the world of fantasy and adventure.

To the 25 th of June on kickstarter you can look forward to:

The vignette with two riding figurines – planned as one of the non publicated stretch goals from the Battle of Rinian project.

In the  Kworgs language -  Ninthion Tarniall, in our language – the Battle in the Death souls Rocks. 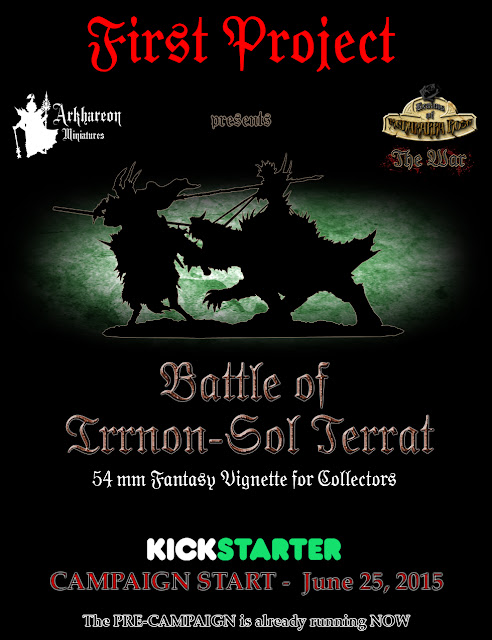 The Battle of Irrnon-Sol Terrat comes from the later "war for Kenakarra Rose" period. More informations about it we will bring you during our Kickstarter campaign.


In a few days we are going to bring you more informations about this campaign and also about the vignette itself, some photos and another important informations.

Freebie figures and another additional materials will be available as add-ons (next info coming soon).

Now we are offering to you the first look at  the complete "Battle of Rinian" diorama  silhouette. 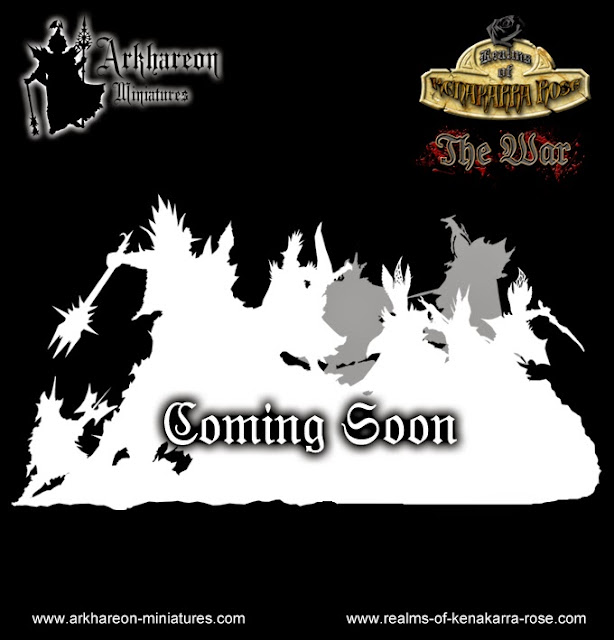 And the next time we will bring you the  promised sculpt of the Elven Paladin.

Email ThisBlogThis!Share to TwitterShare to FacebookShare to Pinterest
labels: About Project, Miniatures Concepts, Our Kickstarter Campaigns, The Battle of Irrnon-Sol Terrat, The Battle of Rinian