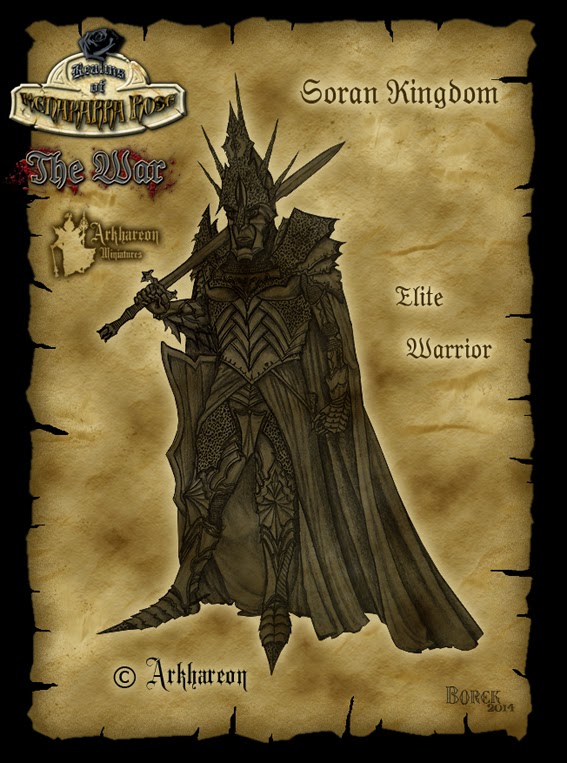 The Soran empire, human kingdom with King Sor-ran. Sor-ran – sooner : prince of Dartnam – local principality, vassal of powerful Bellforn empire. He possessed of a considerable property which was obtained to the skilful policy, frauds, betrayals and robberies. So he proclaimed his own kingdom and together with a few allies he attacked and they recharged many others countries in the surroundings of his kingdom. The king of Belforn tried to stop him with his strong army, but his soldiers were defeated. But they were alive, they can go back to their empire and bring to their king a great treasure – a few several chests full of gold, lertium and gemstones.

In the beginning of The Dark War Sor-ran offered alliance to Grokthar empire against the North Elves which were so hated. They won in that battle of Rosteyhirn, but The King of Grokthar was killed. Sor-ran received the offer from the Grokthars to become their king and he accepted it together with the royal crown.

Posted by Arkhareon in 6:35 pm