Today we bring you new WIP. It's a figure of High Kworg (Kworgs of Argerra) warrior with a two-handed axe from our diorama (freebie figure for all contributors who contribute $40 or more) and also the progress on the Astarnain figure. 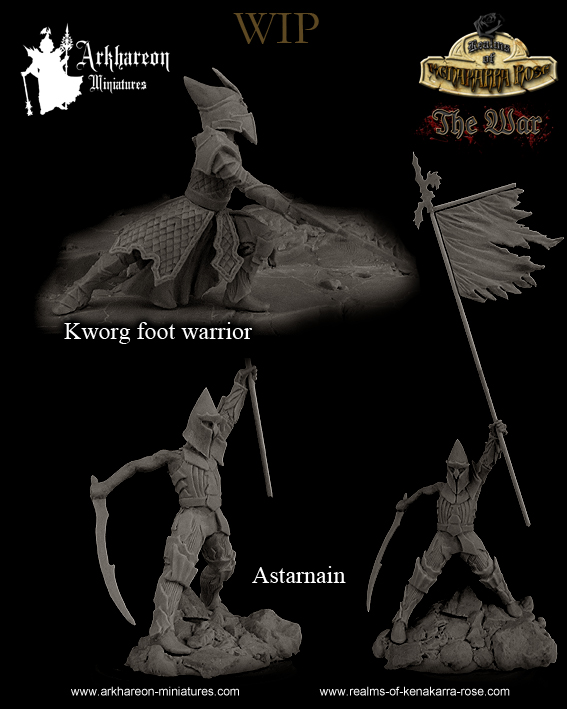 Kworg heavy foot soldier with a two-handed axe belongs to the brigade of heavy assault infantry. During the Battle was this brigade reassigned under command of General Faertenien into his group. General’s forces were under great pressure of Dark Kworgs Guards (Shadows of Death Guards led by Astarnain himself).

Although Dark Kworgs failed to destroy the general's personal guard at once, during the fight they pushed Faertenien’s warriors to the face of pass into the ruins of an ancient fortress Ichraas. They unbalanced general’s troops so that the wave of attacks of Bharngstarmian beasts (light cavalry and heavy infantry) broke the lines of High Kworgs and literally swept them away even with their auxiliary infantry corps called upon to protect the general. During this attack Faertenien died himself ...
Posted by Arkhareon in 1:40 am

Email ThisBlogThis!Share to TwitterShare to FacebookShare to Pinterest
labels: Our Crowdfunding Campaings, Sculpts - Figures, The Battle of Irrnon-Sol Terrat