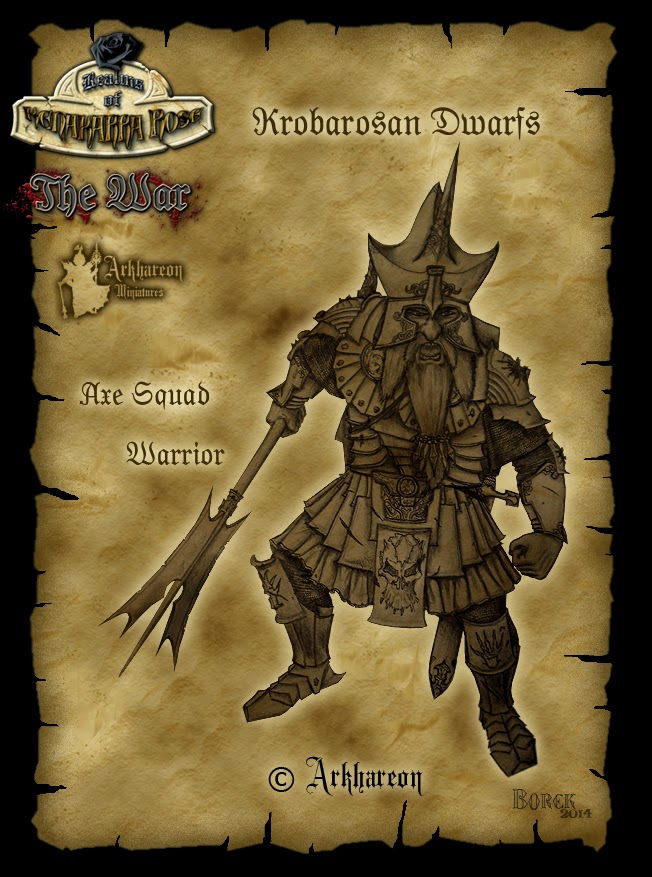 The Dwarfs from Krobarosan lived under the ground and they were worshippers of dark deity of Bharngstarm. Since their creation from the second generation of magic flowers were these dwarfs very bad and pervert. When dark mage Sorok died and the magic flows were broken at that moment was created the paralel Empire of Bharngstarm Darkness. From this empire came some frightful creatures to Illada. The Krobarosans started to practice dark magic and they started to worship dark deity of Bharngstarm. They built large underground temples with mines of the precious metals around them. Aktreilit was the rarest one of all. It had magic power which was very important for beeing able to worship dark deity of Bharngstarm. There should be rich deposites of this rare metal in the mountains of Barskanith and there was the possibility to make agreement with Dwarfs. They had the idea that The Orcs of Barskanith could be partners with Dwarfs in the war against The Bloody Elves and they offer the possibility of mining in their mountains. So this way was created the partnership that should destroy empire of Aro-Obeliad Elves who were weakened by last war defeats from Alberian empire.

Posted by Arkhareon in 2:00 am