We bring you the eleventh update for the Siege of Agrianor diorama. This time we are focusing on the Guiulthan Undead Master – the Karsanta rider. 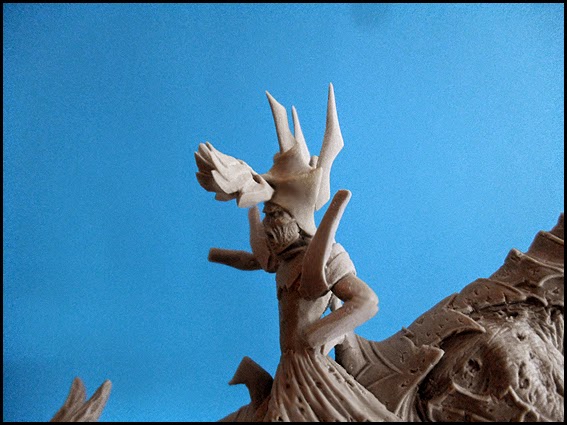 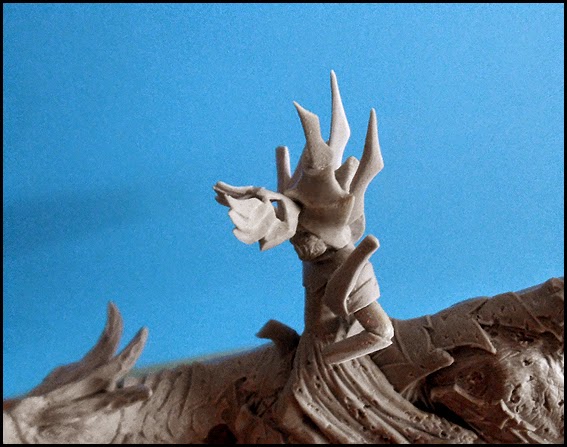 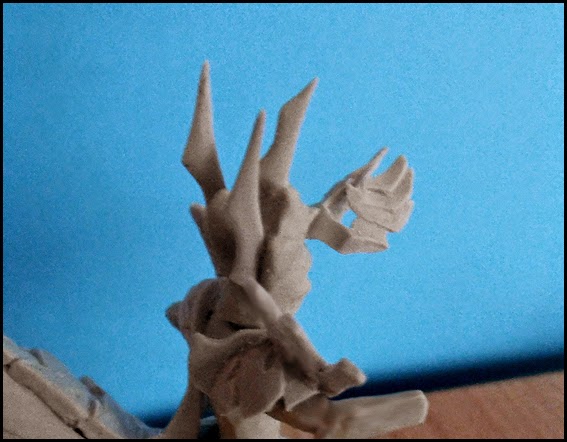 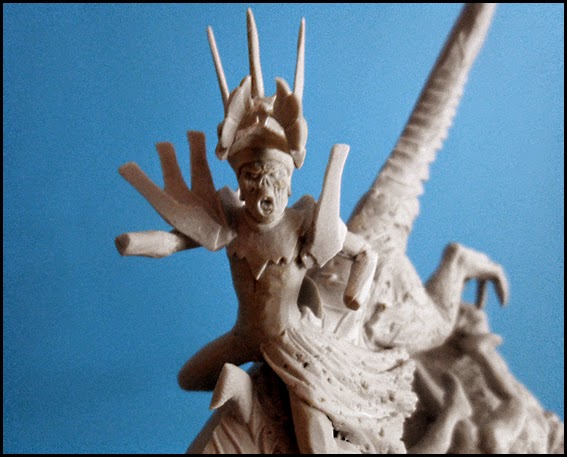 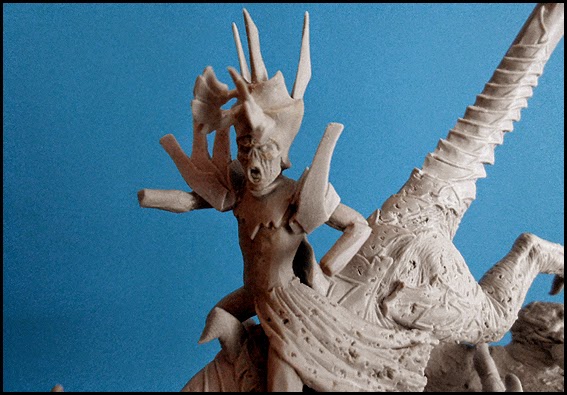 As you can see, his face is completed (except eyelids) and we are currently working on his helmet and shoulder armour. Three decorative plates on the left shoulder and one on the right are the power insignia of Guiulthuan rulers. They are called the "Gold Flames" and they are in blood red and adorned with the stylized golden flames. When the first of Guiulthan rulers Sornion killed the huge White Dragon, who had gone mad and had been destroying the World of Illada, Guiulthan armores created for their master these badges to remind Sornion’s famous victory forever. These badges were used by Sornion even after he became the dark mage Sorok. After his death these badges were taken by the new ruler of (already) cursed Guiulthan nation. The helmet is called "the Death Bloom" and it is another mark of Guiulthuan ruler majesty. The visor may be both opened and closed position . Guiultuan Master also might have used second type of royal helmet. It is being prepared as an alternative supplement within the stretch goals. 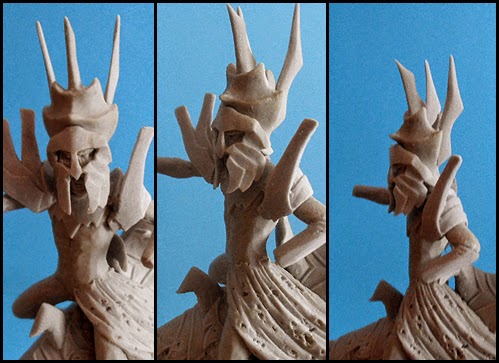 Guiultuan Master also might have used second type of royal helmet. It is being prepared as an alternative supplement within the stretch goals.
Posted by Arkhareon in 5:25 pm