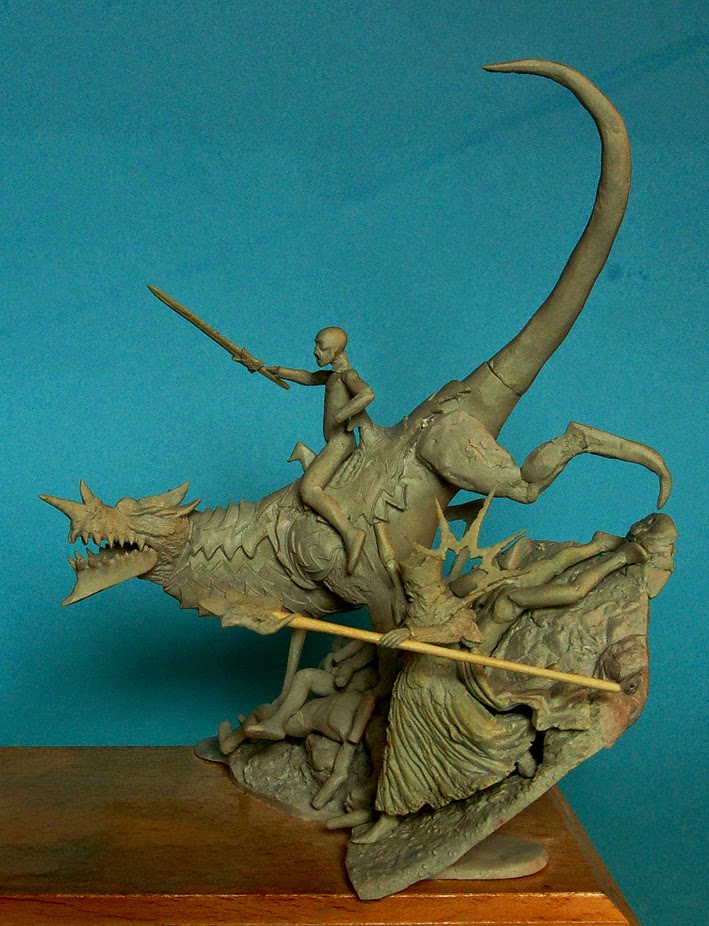 Karsantas are war beasts cultivated by the old standing ruler of Guiulthans, Sorok, who was originally known as Sornion. He didn’t adopt the name Sorok till he definitely turned to the Dark magical flows together with his people.

More than twenty thousands years ago, when Soronion was denied to watch one of the magical stones that open the might of the Black Rose from Kenakarra, he began to prepare war against the other noble races and their potential allies. He experimented with dark Illada magic flows. Being inspired by Liayates, the Creators of life, he cultivated their own, twisted and horrific magical plants. They had brought beings serving Soronion's dark intentions. Thus were even Karsantas created - durable, strong and agile beasts on which chosen warriors rode into battle.

After he had lost a determining battle, he cursed his people and laid them under a terrible undead curse. It even got stuck to everything Guiulthans ever used, whether it was a common thing or animal. So their armours and clothes are coming under its end. Their Karsantas now rotting in undead bodies. Only dark magic controlled by Guiulthuan magicians slows down corruption and inevitable death. They are not still dead for now. They are not even alive…


During the Great War for Kenakara Rose (the time of diorama „Siege of Argianor“) Guiulthans had not many Karsantas, therefore the privilege to put a saddle on them into battle in this war belonged only to the most senior Guiulthans. In our diorama there is directly the undead ruler of Guiulthuans they have chosen as their king after had been cursed by their ruler Sorok. Sorok himself was lately killed in battle with the  Mages from Alliance of the noble and other races.
Posted by Arkhareon in 11:46 am