Today we bring fourth photographic WIP update of Guiulthan undead mage. As you can see, figurine slowly gets its final shapes. The most challenging is to keep a semblance of corrosion and decay of armor, weapons and clothes.

Guiulthu Undeads are not ordinary undeads awoken by a necromancer. It's a noble race akin to the Elves. They were cursed by their own monarch - powerful dark magician Sorok. Since those days Guiulthans belong between undead. Both their physical bodies and clothes, armour, weapons decayed. In short, everything they used in their lives and was used in war. Their curse is transmitted even to the animals they use. However, since they are the first noble race and their essence is magical, they did not fall apart into dust.
They have been resisted their damnation for almost 16,000 years. But the decomposition is on the way ...

Other figure that is prepared for this diorama is Arnakesh bartbarian king Rugarhas "the Cruel".

And the battle of Rinian is approaching... Stay tuned. 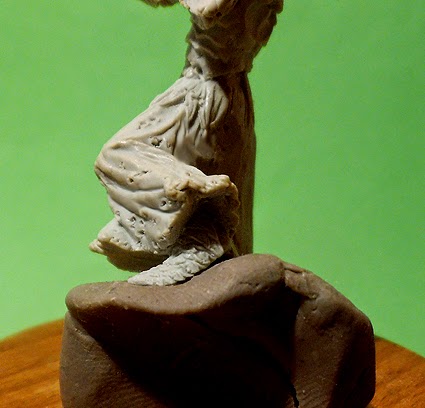 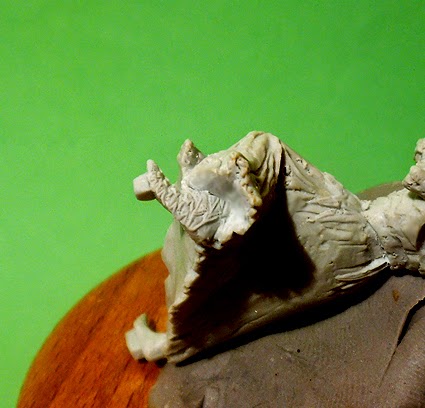 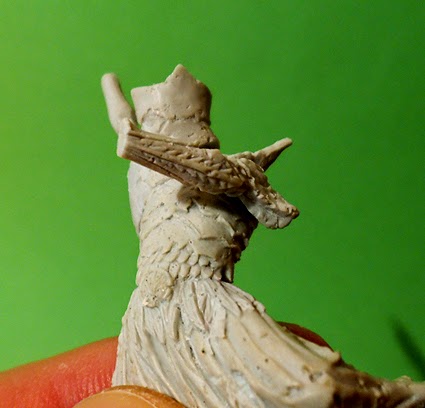 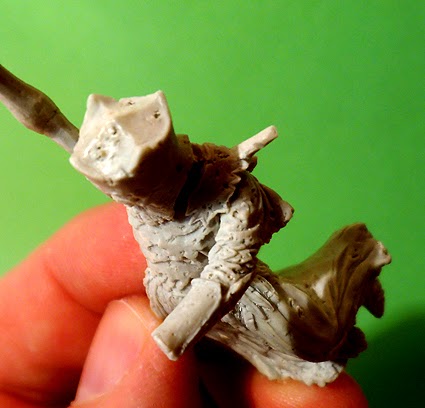 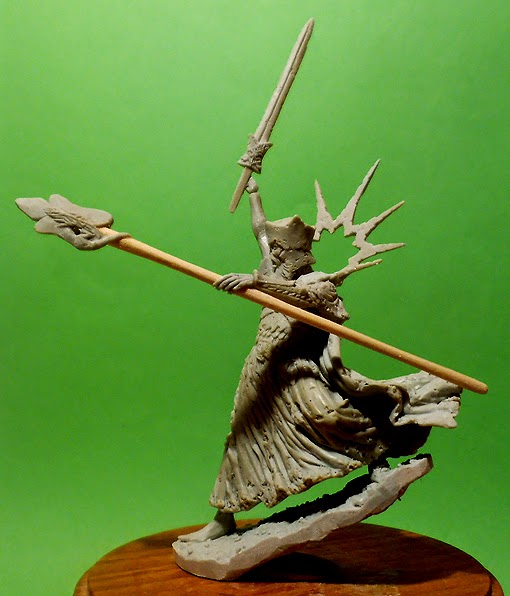 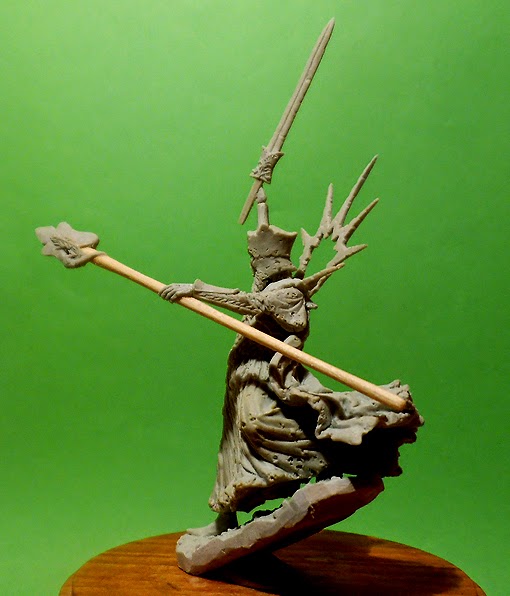 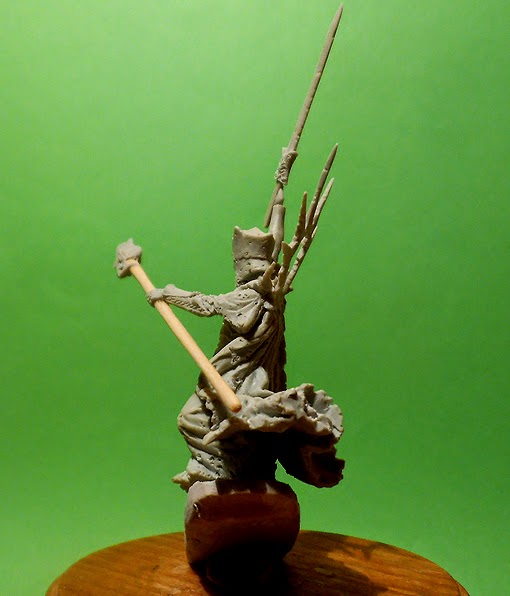 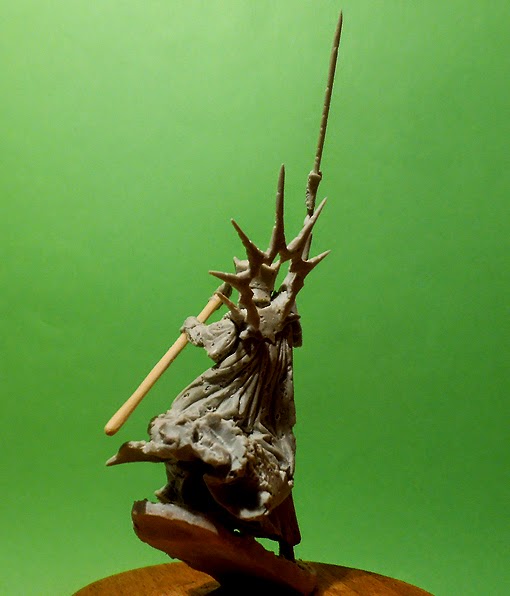 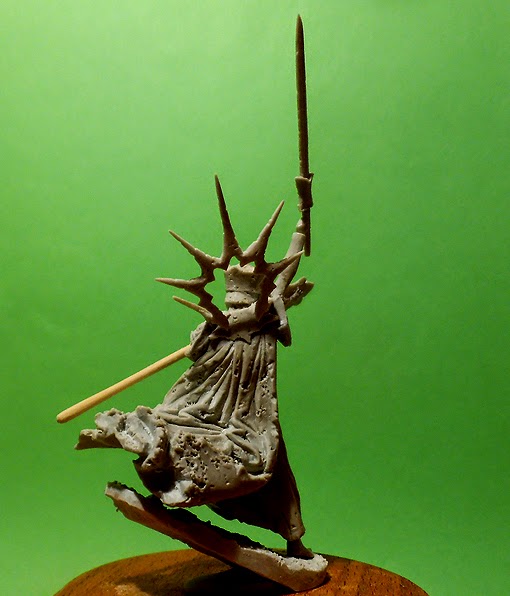 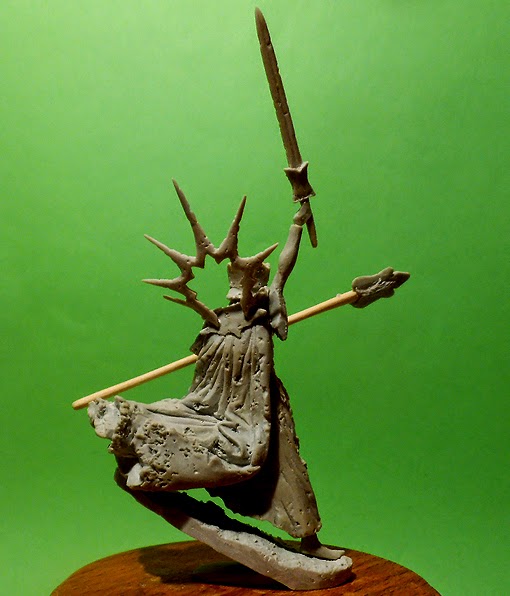 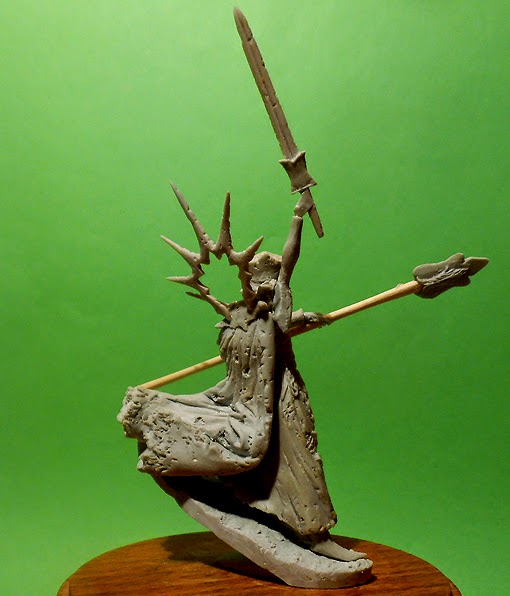 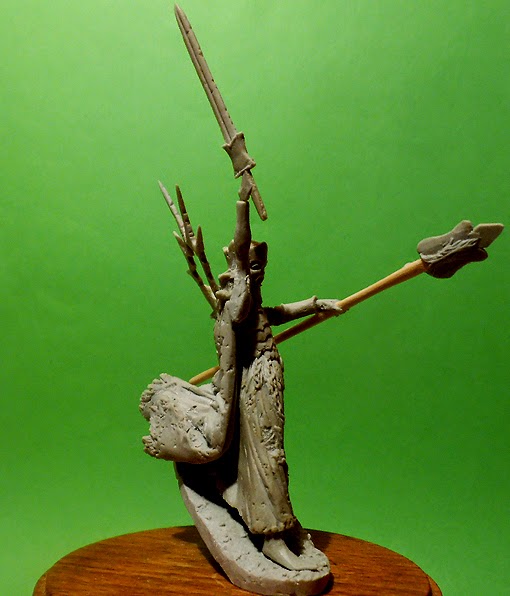 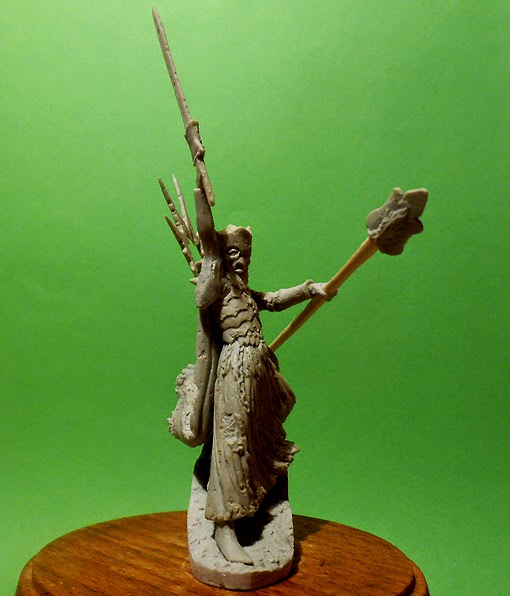 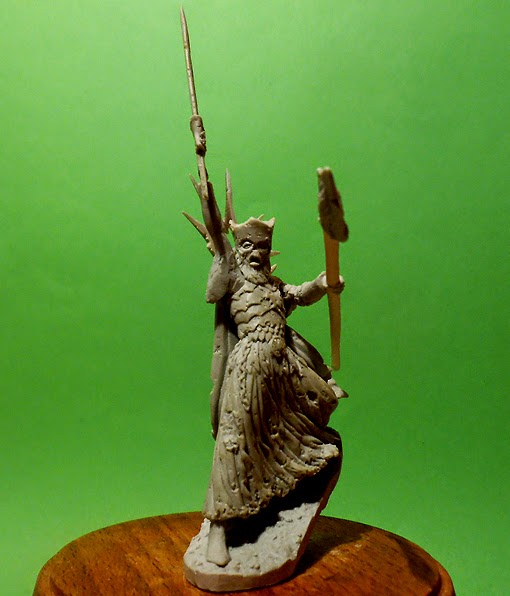 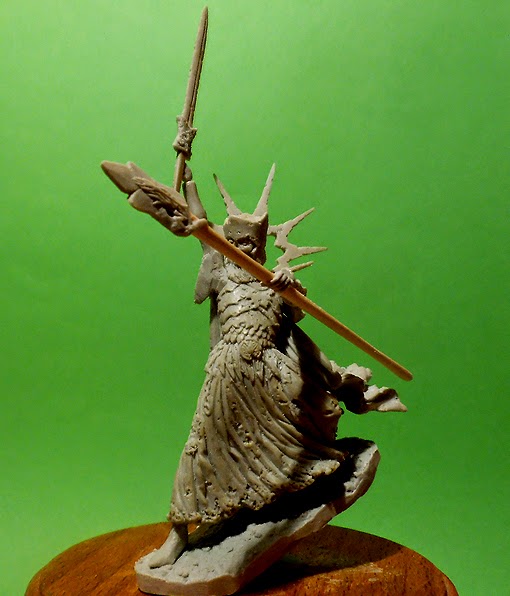 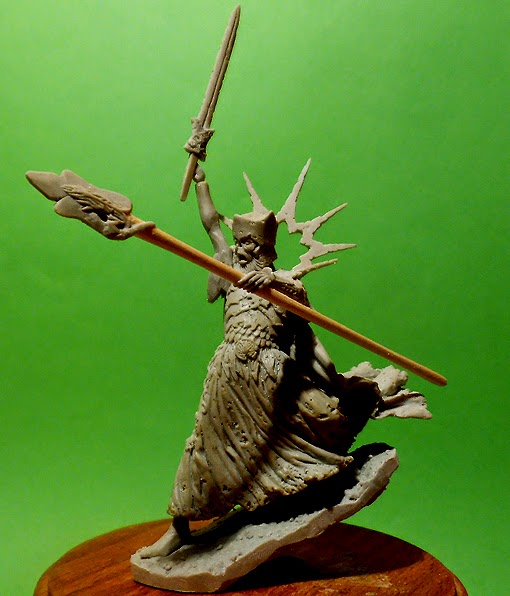 Posted by Arkhareon in 7:06 pm